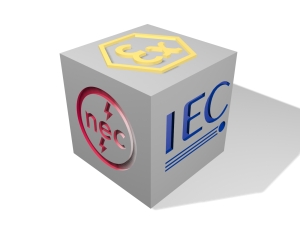 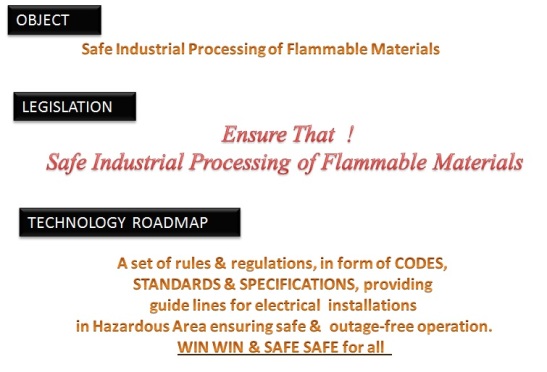 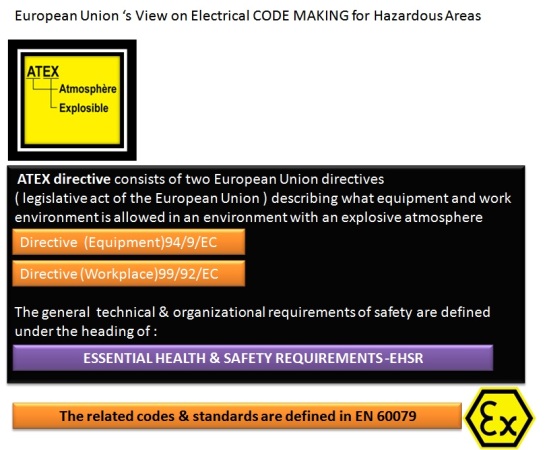 The codes & standards are prepared in the following way 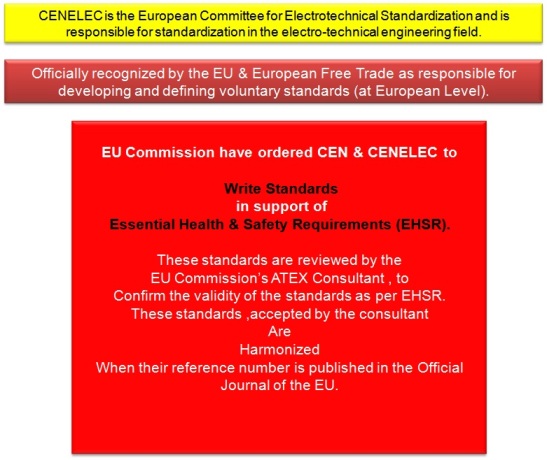 ATEX is not doing any of the above mentioned activities

2. For the Products to be used in Zone 2 (Equipment cat.3) , IECEx requires a full-fledged certificate issued by an independent Certification Body.

ATEX ‘s requirement is a declaration by the manufacturer

3. All IECEX certificates can be viewed and verified online free of CHARGE

IEC has published a comprehensive guide about the various elements of IECEX & ATEX    https://www.iecex.com/publications/guides/ 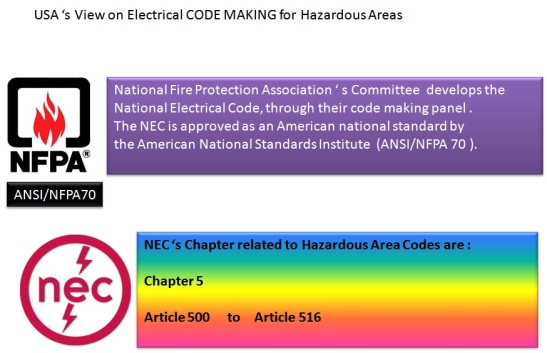 UL have a consensus-based standards development process through its Standards Technical Panels (STP). A STP is a group of individuals, representing a variety of interests connected to the UL Standard, formed to review proposals for new Standards or revisions to existing Standards.

This process for consensus standards development, has been approved by the American National Standards Institute (ANSI). The intent is that standards developed under the STP Process will be designated as ANSI standards. (http://ulstandards.ul.com/about/understanding-standards/) 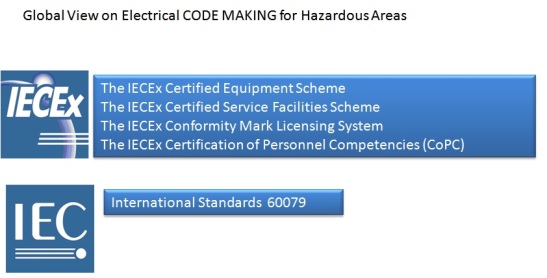 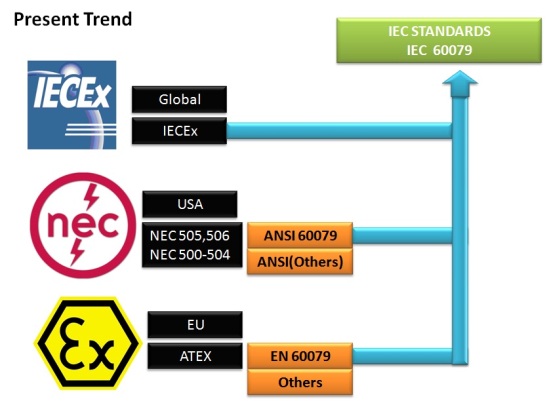 These codes provide definite guide lines for all aspects of Electrical & Non-Electrical equipment, manufactured to operate safely in Hazardous Areas.

Once the legislation are known and the manufacturers start the necessary process to produce the hazardous-area-safe electrical  ( & non electrical ) equipment then  comes the most important step.

Authenticity/ Clarity & Proof of the Claims of the Manufacturers in support of their produced equipment .

“the proof of the pudding is in the eating”

Instead of telling the customers to ‘taste’ the equipment by buying it , installing it and thus testing it. The manufactured Equipment is presented to the ‘tasters’  which are

THE TESTING & CERTIFYING LABORATORIES and FACILITIES  which have the ability, testing facility, testing equipment ,engineering staff  and a certificate

to Verify the claims of the manufacturers and endorse it by issuing a STANDARDS COMPLIANCE CERTIFICATE.   (Of course, all this testing procedures are quite expensive)

Certificate of Compliance , for  an electrical or non-electrical equipment certainly ADDS to the overall commercial aspect of that equipment.

So… the the Hazardous Area Electrical Equipment are :-

–    ATEX Compliant  :-The document will consists of a DECLARATION OF CONFORMITY & EC-TYPE EXAMINATION CERTIFICATE

–      IECEx Certificate:-The document will be a “Certificate of Conformity “.

Brief Comparison between IECEx and ATEX
Introductory Note
Since the introduction of the IECEx On-Line Certificate of Conformity, late 2003, there has been a constant flow of inquires seeking an explanation of the differences between the IECEx Scheme and European ATEX System.
This document aims to provide a brief overview of the differences between the IECEx and the ATEX Systems relating to specific items that are commonly raised.
This document is not a full listing of the differences and the reader is encouraged to consult an appropriate organization, body or individual when in need of a more detailed explanation of such differences.
Likewise, the information contained in this document is for information purposes with the rules of the IECEx Scheme and ATEX system taking precedence at all times. 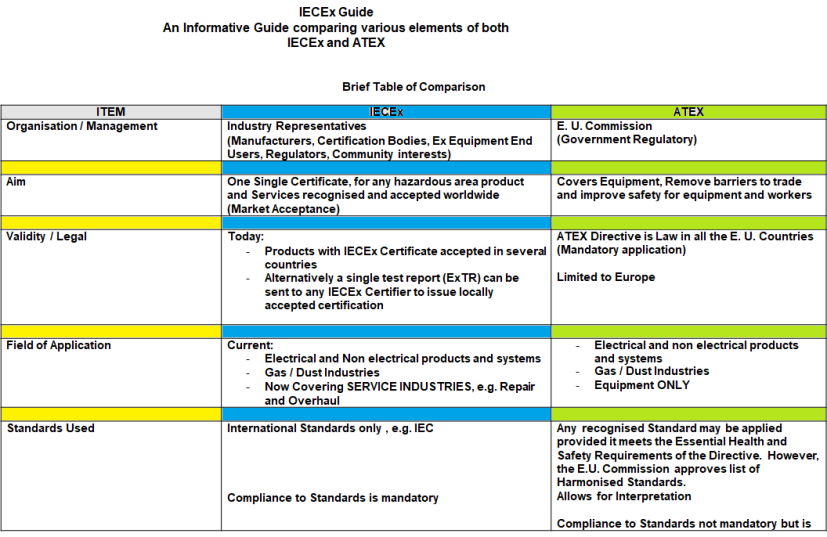 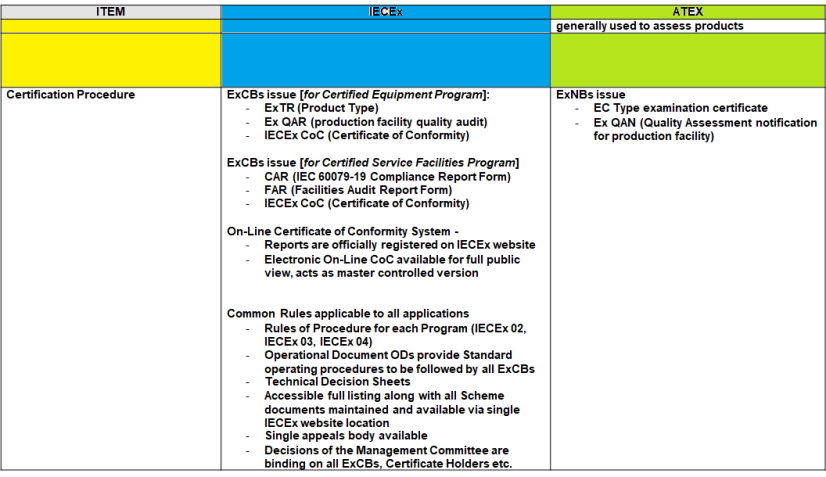 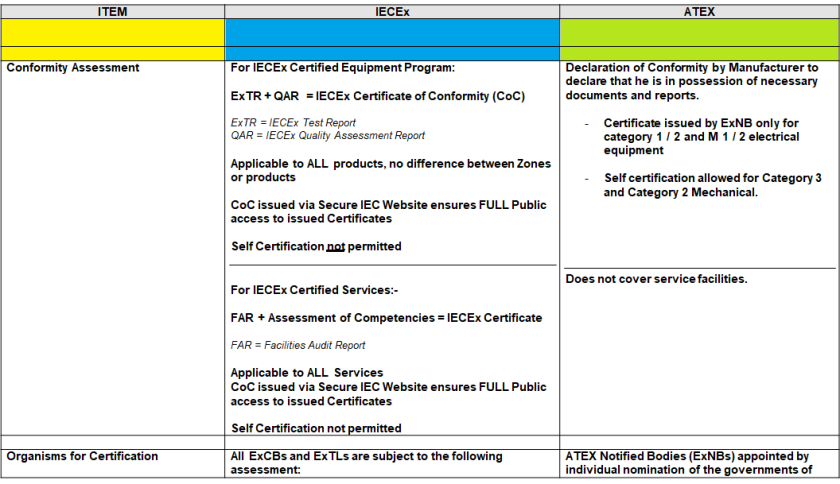 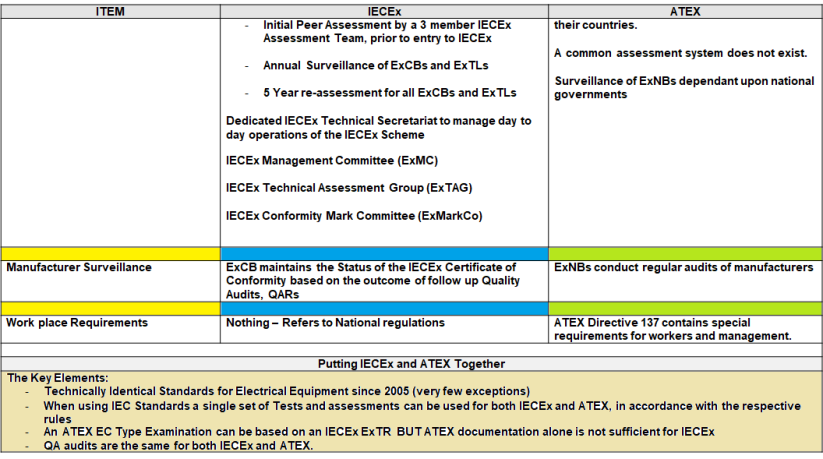 ATEX is a directive document , whereas IEC & NEC are systems of internationl standards with a common object of Industrial Hazardous Areas ‘ safe operation.

IEC & NEC both have their own protocals .

The links between the respective topis are there but they are complex (see the figure below). It is better to work in one domain only at a time . 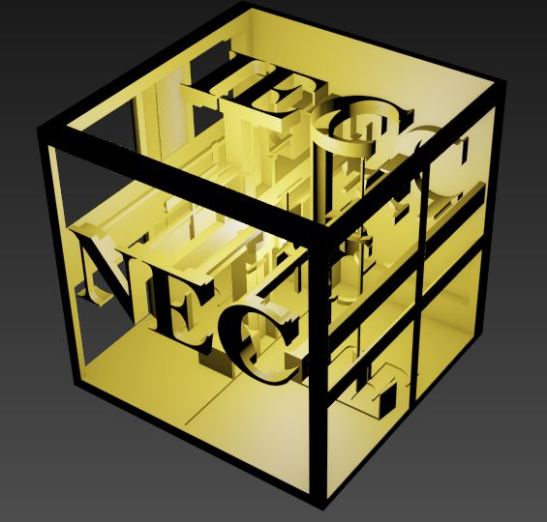 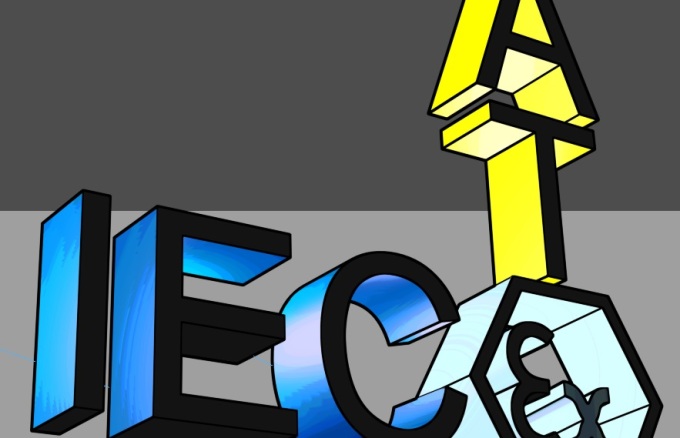 This entry was posted on November 14, 2013 by Asif Mirza in Uncategorized.